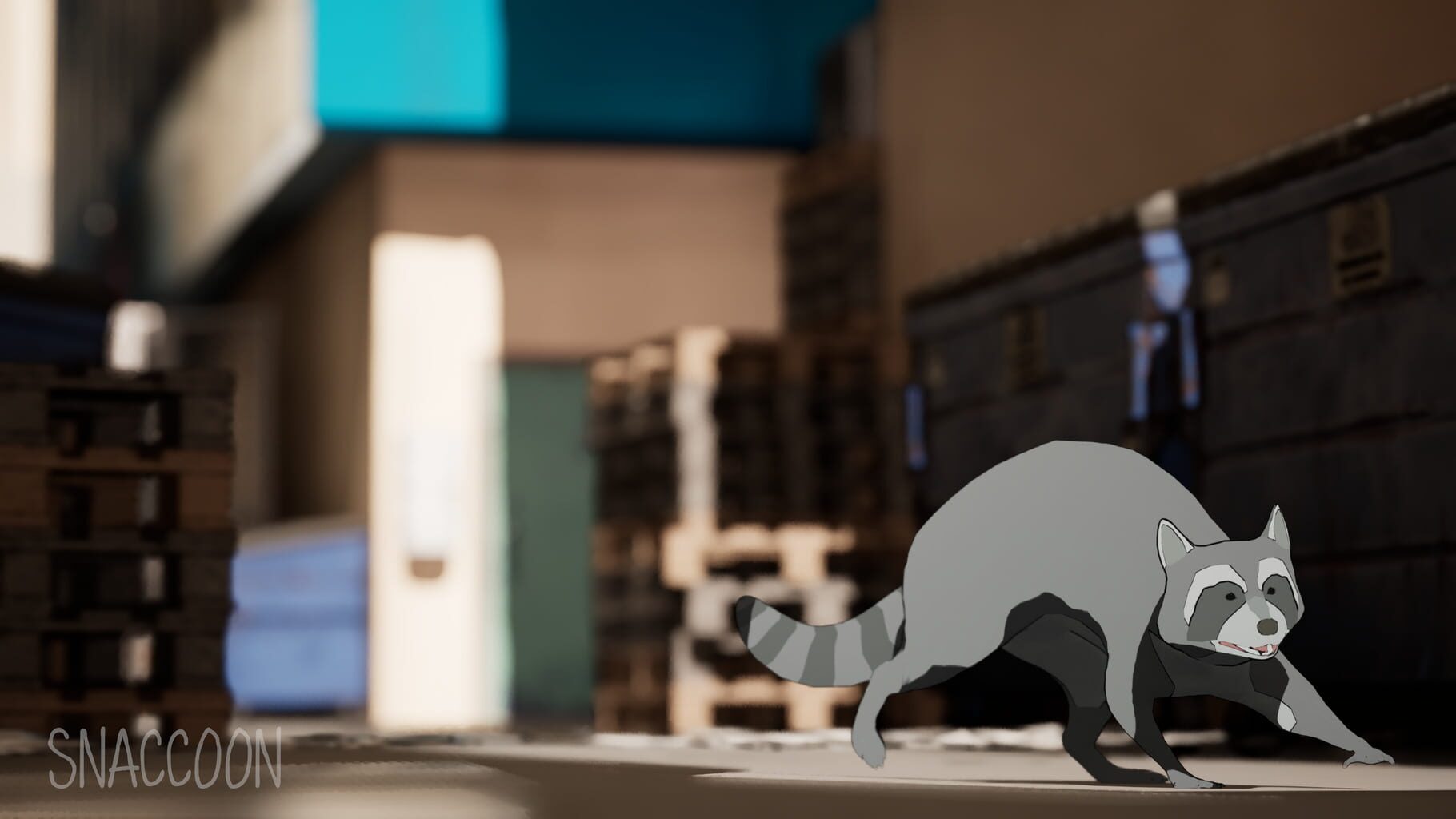 Snaccoon is a stealth/exploration game set in a dense, stylized city. The player controls an above-average-intelligence raccoon searching for snack foods after the local city government has banned them. Stumbling across a budding black market of cakes & chips, players will have to steal phones & items to engage in a series of deals that will take them all over the city to trade their way up to a coveted box of their favorite treats.