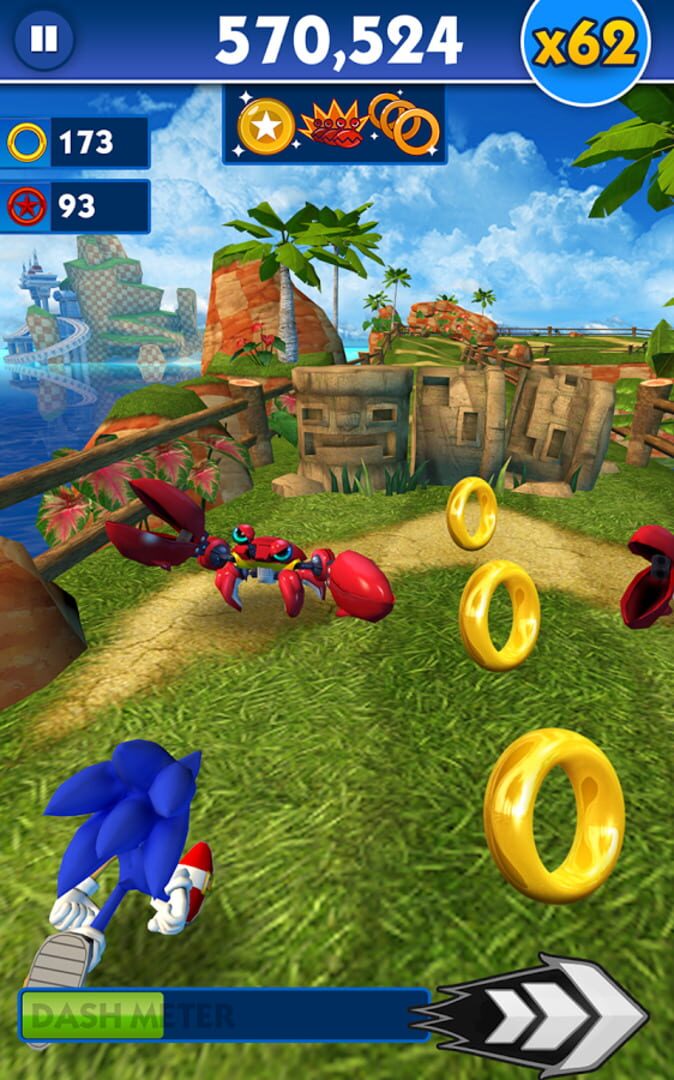 Sonic Dash is an endless runner platformer video game developed by Hardlight and published by Sega. It was released exclusively on mobile phones, and is the second game in the Sonic the Hedgehog series developed by Hardlight for the platform, the first being the remake of Sonic Jump in 2012. The game was released on March 7, 2013, for iOS, November 26, 2013, for Android, and December 3, 2014, for Windows.